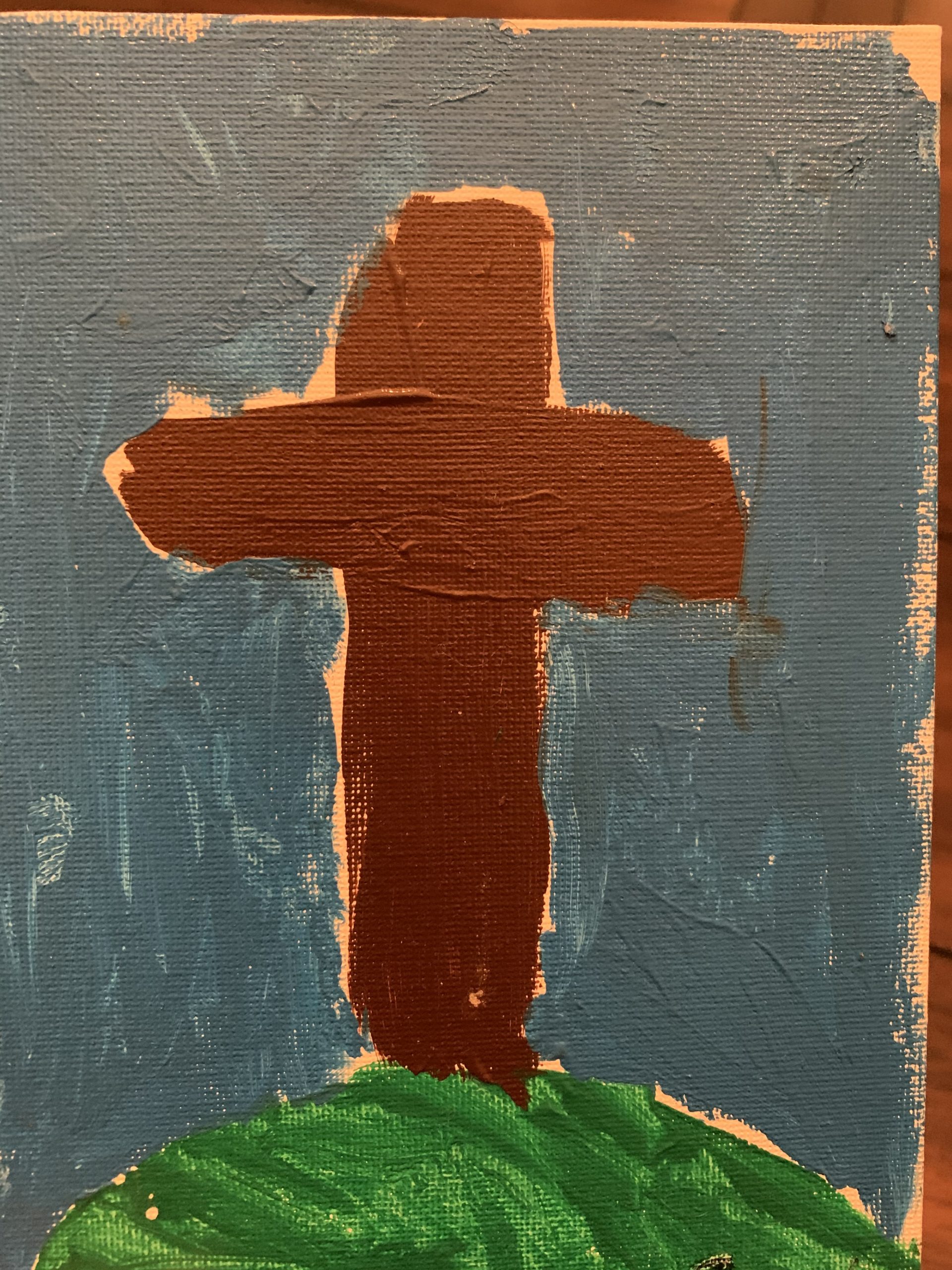 I was at my wits end with our youngest son last summer. He’s the two and a half year old that I wrote about last week and said how obsessed I am with him but last summer he was driving me bonkers! Like all of my children, he had been a good eater and then one day he decided to become picky!

As frustrating as a picky eater is, we knew what to do. We had been through it three times before with our other children so we hiked up our boots straps and hunkered down for an epic battle of the wills. I was going to win, no matter what! At least that was what I thought.

We implemented the “no thank you” bite in our house with our first child. The rule was that you must try everything on your plate. If you don’t like it then after you have swallowed it, then you can politely say “no thank you” and not eat it. While I know this rule does not work for every family, it has worked well for ours. All three of our older children went through the picky phase, all three refused certain foods and all three now love those foods. Side note so I don’t seem so harsh – everything else on the plate is food that they enjoy. We just want our children to be willing to try the food that we have prepared. Often, a “no thank you” bite is followed by, “Ooo, this is actually pretty good.” Do they really think that we would feed them food that is nasty? It’s funny how a child’s mind works.

So we entered the picky phase with our youngest and I was ready. I was confident that we would win the battle. We had done the “no thank you” bite a few times with him and it had worked but this particular night, he refused. We all had eaten, the table was cleared, the food put away, the kitchen cleaned and Phillip and I had been taking turns for an hour to try to get him to eat the food. I was not giving in!

Phillip and I both were very frustrated when our second daughter came into the kitchen with tears in her eyes, “Mom, just let him not eat it. Please.” My heart broke when I saw her crying over her brother’s pain, but I dug my heels in and replied that he had to eat it. She looked at him and said, “Please eat it buddy.” And he did. Just like that. I was thankful and astounded.

Two nights later, my son tried the same thing. He refused again. I again persisted and he finally caved. The other kids were around and cheered him on and I went into a speech about how persistence pays off. Yada-yada-yada. My daughter, who had gotten him to eat two nights earlier, quietly spoke up and said, “Mom, I prayed to Jesus that he would eat and he did.” I asked further questions and found out that the earlier night, she sat on the stairs listening to him cry about having to eat and she whispered a prayer through her own tears. I was blown away.

My seven year old daughter had interceeded on behalf of her brother and God showed up.

God had become personal to her.

As I reflected back on the scene over the next couple of days, God brought forth two things for me to praise Him for.

First, God showed me that I needed to give Him control over all things – even something as small as getting my son to eat. I took the praise and had patted myself on the back thinking that I had done it. That I had persisted and it paid off. Not so. Yes I had persisted, but it was Him working through my daughter that did it. I didn’t even know I needed to surrender something so small to Him, but as I looked back on it, my tight gripped control was all over the situation. I thought I had it covered. No help needed. How often do we approach a situation like that? We’ve done it before, so why bring God into it? We are experts at something, why would we need the creator of the universe to help us? What is it that you need to surrender to Him today?

I asked my daughter why she did not tell us that night that she had prayed. Her answer, “I just wasn’t ready to tell.” It reminded me of Luke 2:19, “But Mary treasured up all these things and pondered them in her heart.” My daughter was treasuring this intimate moment with the Lord and had pondered it in her heart for two days.

God loves you and wants to meet you in your need. Even if it is something as small as a bite of food, he cares. He will show up.

God, thank you for hearing my cries and meeting me in intimate ways.