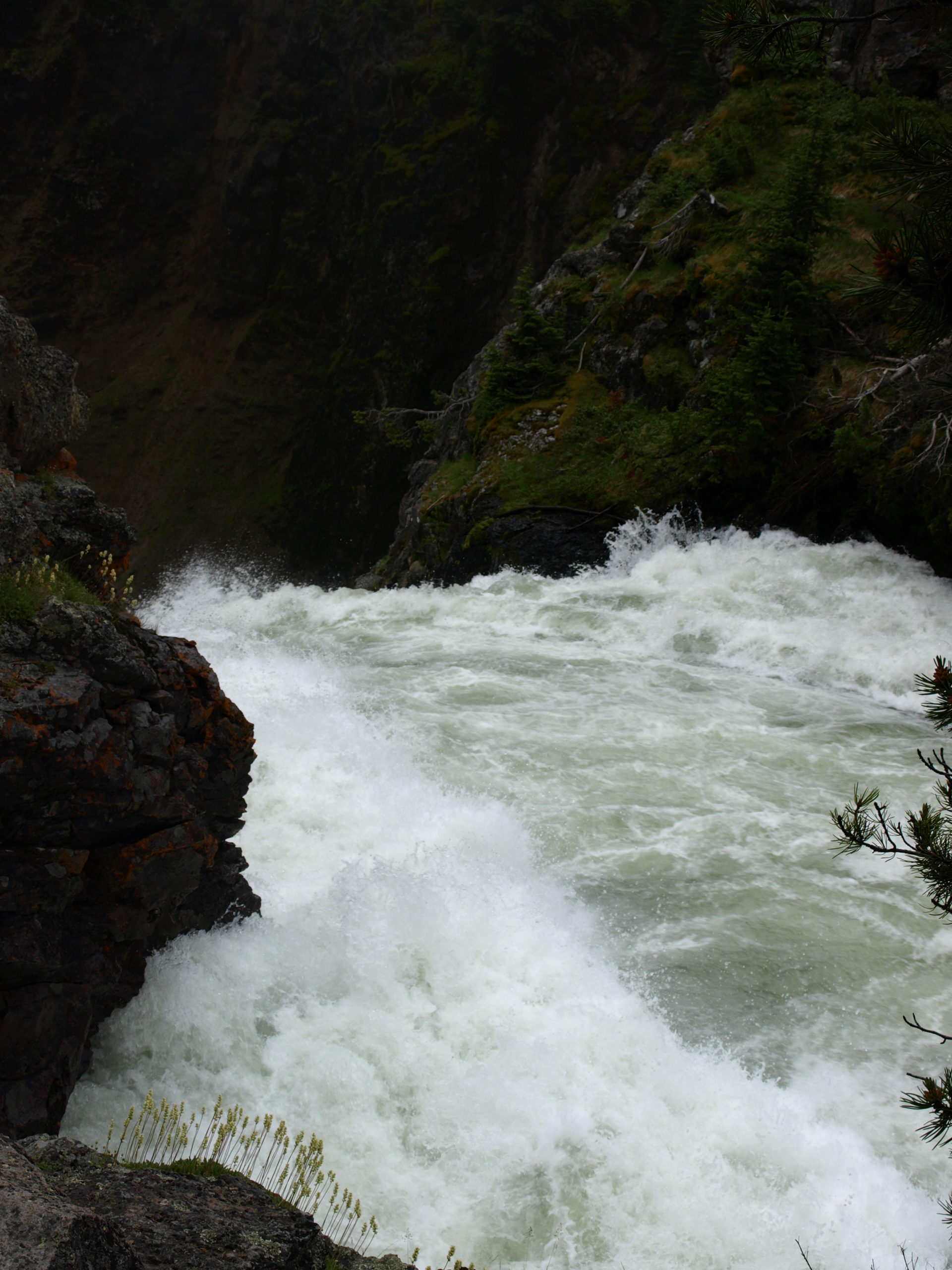 The summer after my freshman year of high school, I was invited to join a team from my church to go on a canoe trip into the Boundary Waters of Canada. We started the 7 day journey in Ely, Minnesota and made our way into Canada paddling across lakes and winding rivers. The lakes were connected by little bits of land so we would portage from lake to lake, carrying our equipment on our backs and our canoes over our heads. And each night we would set up our tents under the expanse of a sky that I had never seen before. The stars and depth of the sky took my breath away.

I was the youngest and weakest on the trip but I held my own as day in and day out we paddled and we carried our loads on our backs. It was physically demanding but I was in heaven! I was in God’s creation, pushing my body in a way that I never had before and I was hanging out with the older and cooler kids. And the adults on the trip were really fun too! The hardest part for me was having the courage to poop in the woods!

On one particular day close to the end of our trip, we started heading down a river. We knew there was a huge waterfall ahead that we would have to portage around. It was my turn to have a break on the paddling so I was in the middle of the canoe while one guy, Brent, was at the front and another, Ethan, was at the back. I was enjoying the conversation and view as they paddled.

We could hear the waterfall from far off and as we got closer and closer, the thundering sound got louder and louder. It was a big one! The only place we could pull off and get out of the canoes was pretty close to the top of the fall so we were all on high alert as we started to approach. Our canoe was last in line as we made our way to the shore. One boat made it. Two boats made it. Without even really realizing it was happening, all of the sudden our canoe was being quickly sucked toward the waterfall. The others started to yell from the shore and Brent, in front of our canoe yelled for me to grab the extra paddle. I sprang into action and started paddling as hard as I could but it was no use, we were moving fast towards the fall.

Panic was in our chests when all of the sudden Ethan began to paddle with more strength than ten men. I remember being able to hear the sound of the water churning from his paddle over the sound of the waterfall rushing in front of us. Our canoe began to shift towards the shore and out of the intense current. Just as fast as we had gotten pulled into the current, we were out. The others on shore ran into the shallow water at the edge and grabbed our boat. We were ok!

What’s crazy is that that experience with the waterfall was something I had completely forgotten about until a couple of years ago when I was with Brent and he reminded me of it. I think my mind naturally blocked the terrifying experience in an effort of self preservation. And as a means for me to have the courage to go on the trip again a few years later. Also, had I fully told my parents about the experience, they definitely wouldn’t have let me go again!

A couple of years ago I went through a traumatic experience, which one day I will share about. After the experience, I had some intense fear and anxiety lingering so a friend of mine had me walk through an exercise to go back to the trauma and ask God to show me where He was. He was there! And now, as I have thought back to the traumatic experience of the waterfall and re-lived it in my mind, as well as re-lived it while typing (my heart rate seriously went through the roof as I typed this story!), God has given me the clarity to see that He was present during that moment.

Ethan had the strength of ten men that day. He was a really strong guy but not that strong! We were three young teenagers against a powerful rushing river. There is no explanation for his strength and for the rescue other than God’s mighty strength manifested in Ethan that day.

However it manifests, God’s strength is in you, because He is in you. If you are a believer of Jesus, then you are sealed with the Holy Spirit (Ephesians 1:13). The Spirit of God lives within you.

Because we have the Holy Spirit living within us, we have access to the strength of God! Jeremy Camp sings these powerful words in his song Same Power, “The Same Power that rose Jesus from the grave, the Same Power that commands the dead to wake, lives in us, lives in us. We have hope that His promises are true, in His strength there is nothing we can’t do. Yes we know there are greater things in store. We will not be overtaken, we will not be overcome. Greater is He that is living in me, He’s conquered our enemy. No power of darkness, no weapon prevails. We stand in victory!”

How have you seen God’s strength manifested in you? It may not be his literal strength, as it was for Ethan, but we can be assured that His strength does lie within us.

One more thought – what’s beautiful about reflecting on our past with the question of, “Where were you God?” in our hearts, we get to see how God has been present through it all. We get to see times when He carried us through, times when He led us one way or another, or times when He protected us and gave us the strength of ten men.

God is not only our ever present help in times of trouble, He also is our refuge and our strength always (Psalm 46:1).

God, thank you for being our strength.