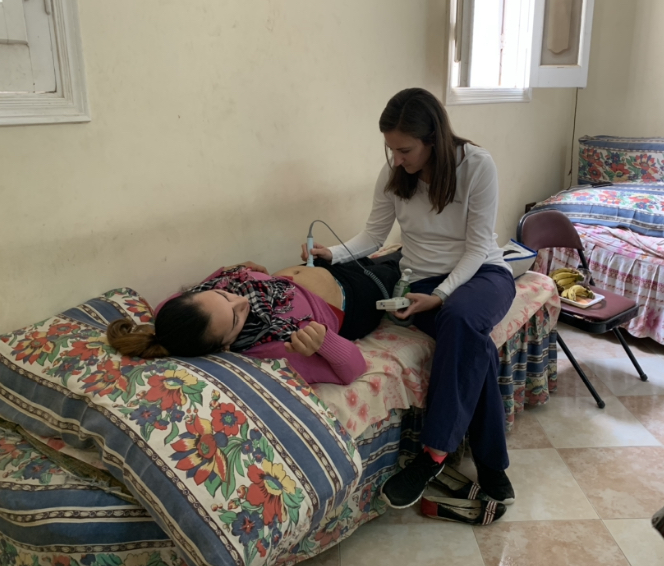 I was down to the wire in making the decision. They needed my answer by the end of the day and it was already 5:00 in the afternoon.

I desperately wanted someone else to make the decision for me.

It was my decision to make.

Have you been there? When the decision rests on you and you just aren’t sure.

The indecision was gnawing at me. I was waking in the night thinking about it. My mind kept coming back to it.

Would the answer be yes or no?

Would I stay or would I go?

In 2018, I felt a clear call from God to go on a medical mission trip to Egypt, even though I was 16 weeks pregnant with George. It was one of the best experiences of my life. The Holy Spirit was coursing through our team and I have no doubt that eternity was shifted in ways that we won’t know until heaven.

In March 2020, just before the world shut down from the pandemic, I was again part of a team that medically served remote villages in Egypt. Before I had made the decision to go, I was scared and let fear do my thinking. But God graciously gave me a very clear directive in the form of a song. It was undeniable. I had to go.

What does that mean, God?

I had lots of reasons to stay. My family. I feel inadequate in my medical knowledge after a 4 year hiatus from nursing. The cost is more than we can afford. The sheer amount of planning and puzzle working in schedules of Phillip, the kids, family and friends so that life can continue while I am gone is ridiculous. What if I get sick? What if something goes wrong? The list could go on.

I had one reason to go. Jesus.

But was He wanting me to go?

As we walked, all of the sudden I was reminded of a story in the Bible. God’s word is so good!

The story is from Joshua 3. Joshua was leading the Israelites into the promised land. God told him to have the Israelites cross the Jordan River. But the water of the river was at flood stage. 40 years earlier, when they had crossed the Red Sea in their escape from Egypt, God had parted the sea before they moved forward. They had crossed on dry ground (Exodus 14: 21-22). But this time the directive was to step into the flood water without truly knowing if the water would part.

They had to obey before they knew it would be ok.

As I talked with my friend, it became clear that that was what we needed to do.

We needed to obey even though we didn’t know it would be ok.

We both decided that we would go.

I just know that I need to step into the water.

Even though I don’t know if it will part.

What decision are you making right now? Maybe the decision is hovering in the future or maybe you are down to the wire.

The decision you are making most likely looks completely different from mine, but nonetheless, we all are faced with decisions that affect not only you, but your family, your friends, your finances, your comfort, your control.

What will you do?

Maybe the calling or directive will be clear. But maybe it won’t. Maybe God will remain silent.

Maybe the silence is Him wanting you to step into the flood waters before He makes a path.

The trip is in November and I would love for you to pray for our team as we prepare. Here’s the thing though, even though I made the decision to step into the waters, I still don’t know how it will turn out. But what I do know though is that whatever the next steps look like, God will be with me as I walk them out.

And He will be with you as well.

“Trust God from the bottom of your heart; don’t try to figure out everything on your own. Listen for God’s voice in everything you do, everywhere you go; he’s the one who will keep you on track.” Proverbs 3:5-6, The Message.

God, may we trust you as we step out into the waters.