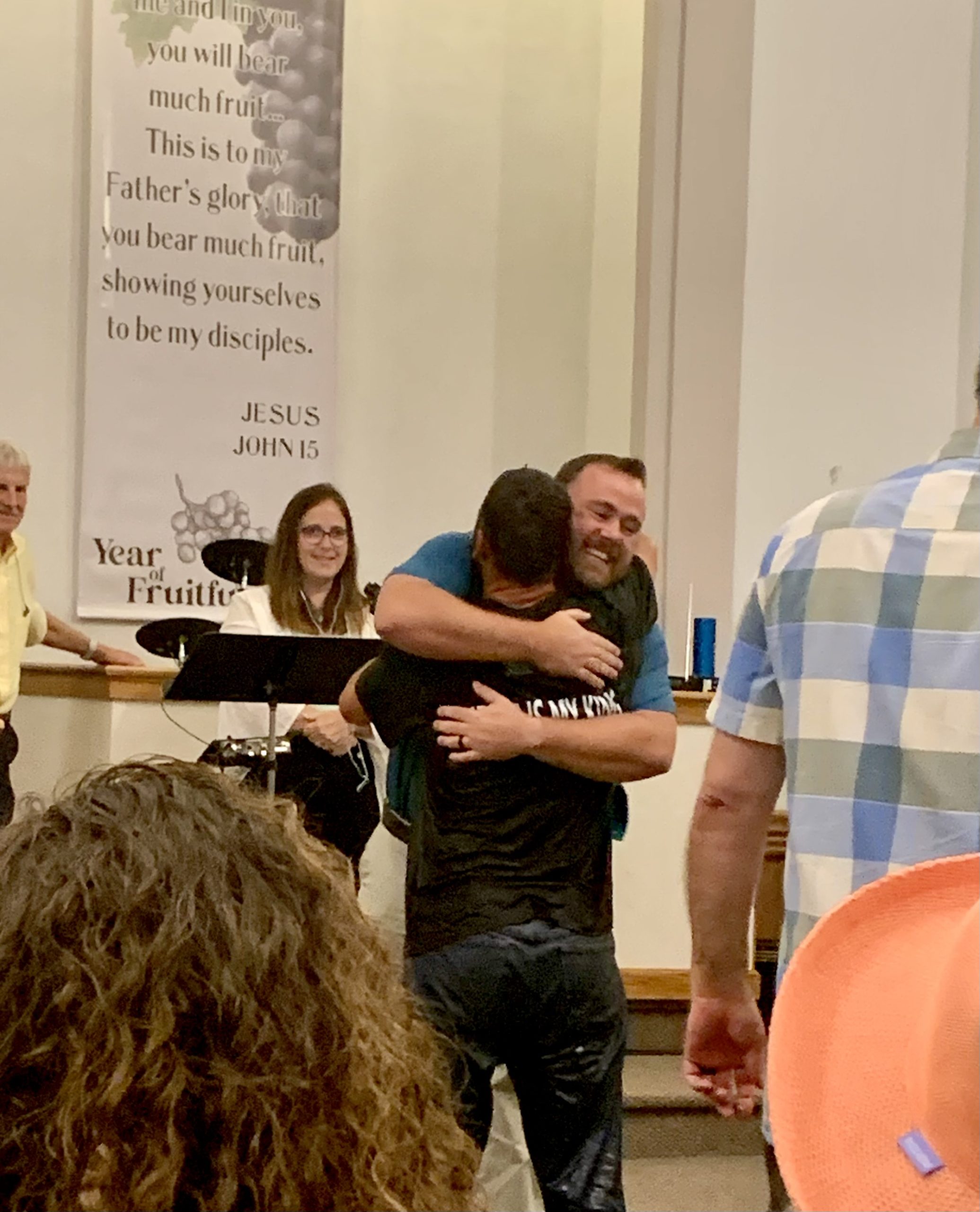 By MeredithAugust 11, 2022Christian Living and Growth, Purpose and Calling
2 Comments

I noticed a weed growing out of a crack in the pavement beside our driveway. Out of sheer laziness I did not pull it out figuring that it would die off eventually because there was no way it could grow there.

A couple of weeks later, I realized that what I thought was a weed, was actually a plant.

I decided to let it stay just to see what it would turn into. My first thought was a squash plant. As it got bigger, we all were hoping for watermelon. But as the first bloom changed into fruit, we realized it was a pumpkin plant.

Not necessarily my first pick, but the kids were excited nonetheless.

Where the pumpkin plant is located is far from ideal. It’s up against our driveway in a crack that is less than an inch wide. It’s beside where we put the smelly trash cans and now it is so large that it is blocking the path to the trash cans and encroaching on our neighbors yard.

Eight small white pumpkins are growing from the plant and there are several more blooms that will eventually grow into a pumpkin as well.

How in the world could a pumpkin plant thrive when the root is squeezed through a half inch crack in the driveway and it’s in a place where trash normally goes?

It’s growing where it was planted…or more like where the seed happened to land as we were throwing out last year’s pumpkins.

Where has God planted you this season?

I follow several well known christian women speakers and writers on social media. They have thousands of followers. I don’t. They stand on stages in front of massive crowds. I don’t. They have people who want their autographs and to take pictures with them and hang on their every word. I don’t.

It’s easy for me to get caught up in the fact that what they are doing is huge compared to my small endeavor to spark spiritual growth in my little town and in my little circles. The enemy is begging me to quit because I’m not them. My platform is not big enough. I’ve only spoken to smaller crowds. No one is lining up to take a picture with me, haha!

But what we do have in common is that whether big or small, we both are using our voice and our influence for building up the kingdom of God.

We are growing where we have been planted.

This past Sunday, I watched a man named Billy proclaim with joy that he had said yes to Jesus and was baptized. As he shared his testimony, it was clear that God was wooing him through many ways, but one part in particular stuck out to me.

Our church has had a softball team for years. It’s nothing fancy, just a group of people playing softball against other churches in the area. The head of our team, Rick, decided that he was going to make the team a ministry opportunity since some of the players only attended church a few times a year per the league’s requirement. So each game, Rick would give a short message and then have a time of prayer.

Instead of letting softball just be a place to play ball, he used it as a place to share the message of Jesus.

He grew where he was planted.

And because of Rick’s willingness to be used by God on a dusty softball field with a bunch of sweaty people, Billy heard the message of Jesus and now is a new creation.

How amazing is that?!

So my question for you, my friend, is where have you been planted? And are you using that space to share the love of Christ? Or are you too busy comparing your space with others?

Our places of ministry do not have to look fancy, they can be as simple as a softball field, a small blog site or a crack in the driveway, but God has planted you in a specific place at this specific time for a specific purpose. Don’t miss the opportunity to be used by Him.

If we are willing to grow where God plants us, you never know what amazing fruit He will produce from it.

“You did not choose me, but I chose you and appointed you so that you might go and bear fruit—fruit that will last—and so that whatever you ask in my name the Father will give you.” John 15:16.

God, may we grow where you plant us and may you bear fruit for your glory.