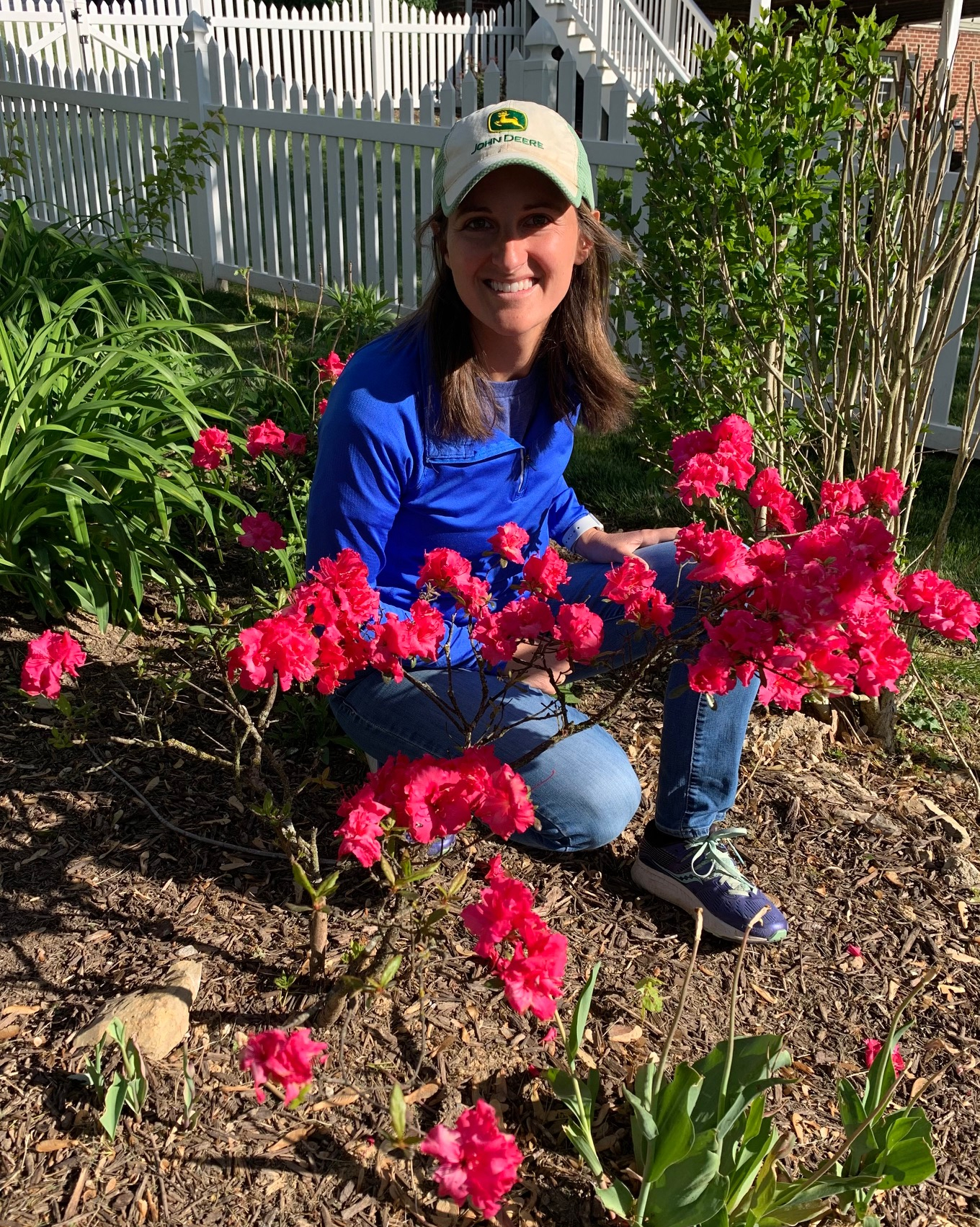 Finally last fall, I was so fed up with it that I decided to move it. I would give it one more shot in a new location in the yard and if it continued to do nothing in the spring, I planned to trash it. So I got my shovel out and started to dig around it, trying to pull up the plant without slicing through the roots. Finally though, I just had to yank it out of the ground.

All winter I watched it, in its new home in the yard, expecting it’s spindly branches to wither up and die but this spring, I realized that it was still holding on. And it wasn’t just holding on, it had buds on it. Now, it is covered with beautiful pink blooms.

It had to be uprooted in order to thrive.

So often we grow complacent in our spiritual walk. We find a nice church that we go to every week, we throw around words like “blessed” and “grateful,” we may be part of a small group, we may serve in children’s ministry, we may even raise our hands up when a worship song comes on, but when it comes down to it, we are just going through the motions. We aren’t truly connected to the Holy Spirit who dwells within us. We don’t follow His promptings because we are so disconnected from Him and distracted by the noise that we only hear our own promptings.

We don’t grow. We don’t die. We just remain the same.

God draws us to Himself in many ways but one way that He sometimes uses, and that most of us dislike, is uprooting us. Uprooting can take many forms – a new job that moves you states away, a tragic accident that leaves you physically altered, a sudden loss of a loved one, a relationship that ends that you thought would go on forever, a global pandemic – anything that causes your norm to shift. For there to be a before and an after.

In some ways, it almost hurts to even write those things down because truthfully, they are still a little painful, but when I think about each of those moments in time, seasons of pain, then I also recognize the blooming that took place after. I see the growth that wouldn’t have happened had we not walked through that trial. I see that those were all part of the story of how God uprooted me in order to draw me out of spiritual complacency and into deeper communion with Him.

God never promises that we won’t walk through trials, pain, and suffering. In fact, the Bible promises that we will walk through trials (John 16:33), but it also promises that “after you have suffered a little while, the God of all grace, who has called you to his eternal glory in Christ, will himself restore, confirm, strengthen, and establish you” (1 Peter 5:10). What’s hard for us to contemplate though is that it is up to Him how He restores, confirms, strengthens and establishes us…but that’s a whole other blog post!

This week was the last week of the 2020-21 year of Bible Study Fellowship, an international Bible study that I am a part of. This year we studied Genesis. One of the major stories in Genesis is the life of Joseph. Joseph, at age 17, was completely uprooted when his brothers sold him into slavery. Then for years upon years, Joseph underwent suffering and trials. In the end though, God had raised him to a place of authority and significance. In a defining moment of his life and faith, Joseph, looking at his brothers who had turned their backs on him years before, was able to forgive them and have the resolve to say, “You intended to harm me, but God intended it for good…” (Genesis 50:20).

What trials have uprooted you? Are you walking through one right now? Are you able to look back on seasons of pain and see where God has grown you? Where God has taken something that felt so hard and painful and he used it to cause you to bloom? Maybe you can’t see it yet, you can’t see through the trial yet. Trust that God will restore, confirm, strengthen and establish you in His good time.

I certainly would not choose any of the trials that I have walked through, but I also know that I am so grateful that I am not where I was spiritually before that trial. God has used the uprooting to call me out of spiritual complacency, to draw me to Himself, and He has used it to cause me to bloom.

“Consider it pure joy, my brothers and sisters, whenever you face trials of many kinds, because you know that the testing of your faith produces perseverance. Let perseverance finish its work so that you may be mature and complete, not lacking anything.” James 1:1-2

God, may we trust that the uprooting will draw us closer to you causing us to bloom more and more into the person you created us to be.