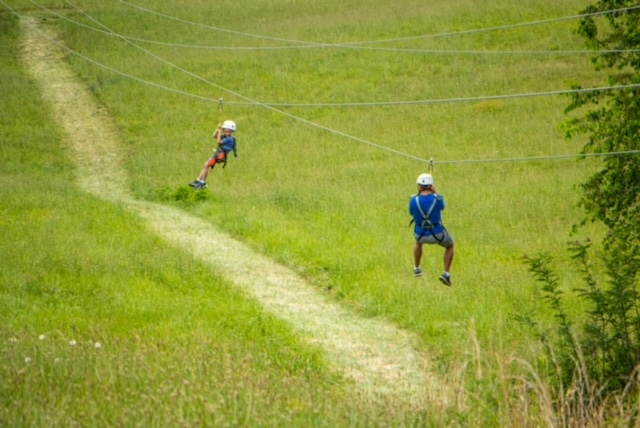 By MeredithJune 30, 2021August 2nd, 2022Christian Living and Growth, Marriage and Family
No Comments

It was one of those days a few weeks ago that my kids were driving me absolutely bonkers. I was trying to prepare to leave on vacation so I had my list of things to get done. Normally, I include them in getting things prepared but there are certain things that I just need to do by myself.

My husband came in from work and I mumbled to him that I couldn’t get anything done so he, being the amazing dad that he is, stepped in and invited the kids on a run with him. They didn’t want to at first but Phillip said he would take them each individually. The allure of having some one on one time with Dad was just what they needed to be convinced.

My girls each had their turn and then it was my son’s turn. My son is five and has an awesome imagination. He often pretends that he is running from lions or saving someone from danger or that he is rounding the bases after hitting a home run. I’m not sure what his mind was imagining that day, or maybe he just got distracted, but he took his eyes off the path in front of him and he tripped and fell.

He came home with skinned knees and scraped hands, but he also came home proud. He had fallen but he had gotten back up and kept on with the run.

As believers, God has a “race” mapped out for us. Hebrews 12:1 says, “…let us run with perseverance the race marked out for us.”

Two things we can glean from this verse –

Second, we are called to run our race with perseverance. We all know it, life is hard. Whether its circumstances, relationships or maybe just your inner voice, whatever it is, life is not always a smooth road. There may be seasons when things seem easier but at some point, things will get hard. I’m not sure who said it, or if there is an actual quote, but you are always either heading into a storm, in the middle of a storm or coming out of a storm. Life is hard. But we are called to run it with perseverance. How?

The next verse in that Hebrews passage answers that question. “Let us fix our eyes on Jesus, the author and perfecter of our faith, who for the joy set before him endured the cross, scorning its shame, and sat down at the right hand of the throne of God.” This verse reminds us of how Jesus persevered. He was able to endure the cross and its shame because his eyes were fixed on the joy set before him. He knew what was coming after the storm.

Friends, life is hard. The race is hard. We will have skinned knees, scraped hands and battle scars but if we keep our eyes fixed on Jesus, the author and perfecter of our faith, we will one day sit down with our heavenly father.

Where are you on your race? Are you entering a storm, in the middle of a storm or coming out of a storm? Are you bruised and battered? Do you have wounds that are still gaping open? Maybe you are living in the aftermath of a storm, trying to figure out how to move forward with a permanent limp. Persevere through it by keeping your eyes fixed on Jesus and the joy set before you.

Over the course of that evening, my son told us about his run with Daddy. At first he felt a little embarrassed that he had fallen, but as the night went on, he recognized that his wounds had made him stronger. He had gotten tougher because he didn’t stop when the pain started or blood was oozing, he had persevered.

Whatever you are going through, if you keep your eyes fixed on Jesus and the joy set before you, you will not be shaken. You will make it through. You may come out bruised and battered on the other side, you may forever walk with a limp, but you will be victorious because you kept your eyes on the finish line – eternity with Jesus.

“I have set the LORD always before me. Because he is at my right hand, I will not be shaken.” Psalm 16:8

Jesus, may we keep our eyes fixed on you and run the race with perseverance.