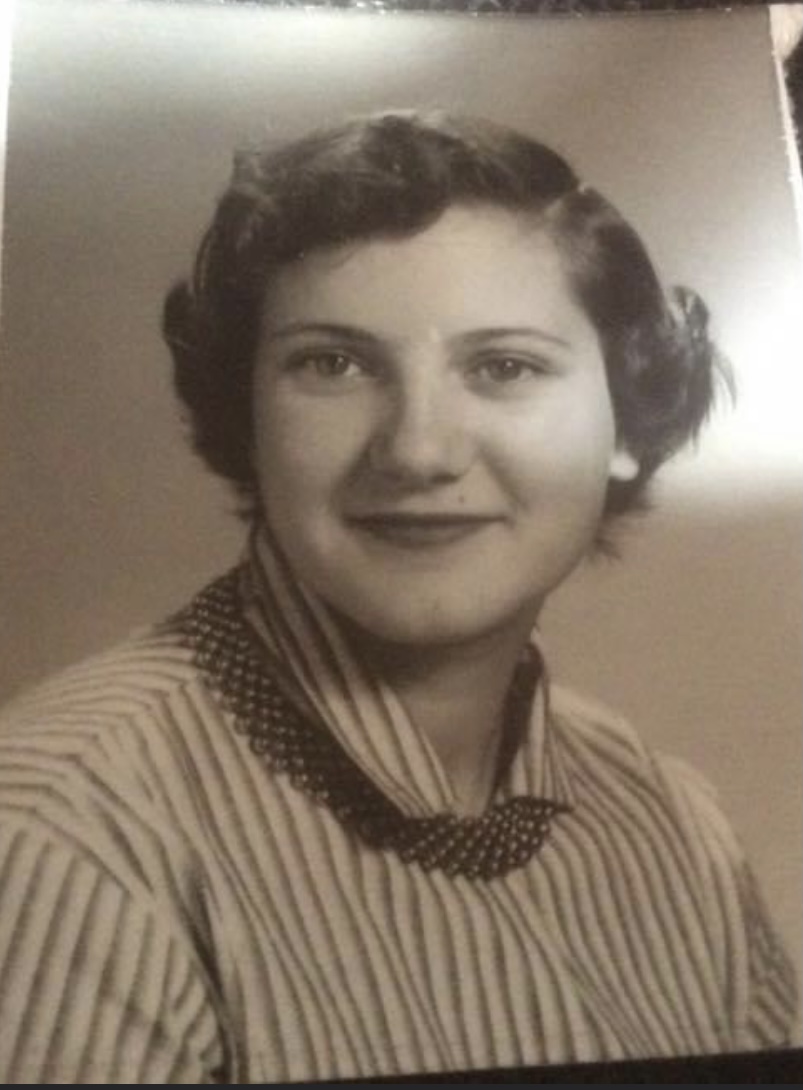 Phillip’s grandmother is in the hospital right now. They aren’t exactly sure what is going on with her so it’s a waiting game for all of her family.

I met his grandma when I was 16 years old. She is just a little thing, probably only hitting 5 foot tall but she is feisty!

Vera was born into a poor family of 9 children in Parkersburg, Ohio where money and food were scarce. The walls of their wooden shack let the light and cold air from the outside pour in. Her father died when she was just 7 years old and her step father was a drunk who physically and emotionally abused her and her siblings. She only had one toy growing up, a worn out doll, that later burned up in a house fire. In recounting the story, Phillip’s mom said, “We can’t really comprehend how poor they were.”

She met Phillip’s grandfather, Dave, when she was just a young 16 year old and married at age 17. Although Vera never drank, together she and Dave were a rowdy couple, notorious in the family for going to dance halls, bars and getting into fights. Grandma apparently jumped on a heckler’s back in one of the fights, proving herself a tough fighter. I’ve always loved that detail about her.

As a young girl, Phillip’s mom, the oldest of Vera and Dave’s children, was picked up each Sunday by a bus from a local church. One Sunday, the pastor came to visit Vera and Dave and their life was forever changed and their eternity was forever secure because that was the day they met Jesus.

Soon after that day, Dave felt like God was calling him into ministry. Since then, Dave and Vera have faithfully served in ministry together for over 50 years.

Talk about a life altering encounter with Jesus! And talk about a divine plan that no one would have seen coming except for the infinitely wise God!

Today, as an 81 year old, Vera still has a feisty soul. She loves her family deeply and takes any and every opportunity to throw a party where everyone is expected to attend! That “everyone” is a group of 80 people! And up until a few years ago, she made the majority of the food herself!

Their biggest dream is that all of their family would know and love Christ. They are a living testimony to the power of prayer because all of their children and grandchildren are walking with the Lord! And we expect their legacy to continue far beyond their earthly lives as we are watching more and more of their great grandchildren give their lives to Christ!

I had the opportunity to teach a sermon this week on Matthew 8. I spoke about when Jesus and his disciples head out on a boat into the waters of the Sea of Galilee. In his humanity, Jesus falls asleep and in the disciples’ humanity, they are terrified when a furious storm comes.

The disciples had just witnessed Jesus healing a leper with just a touch, healing the centurion’s servant with just a word from afar, healing Peter’s mother-in-law as well as many others of sickness and demon possession, but yet, they were terrified when the storm came. The disciples, in that moment, forgot the capabilities of Jesus. They forgot what they had just seen! All they could see was the storm.

We often are like that too. When a storm comes, we suffer from spiritual amnesia. We forget all of the ways that God has stepped in on our behalf before and all we can see is the storm.

So for Phillip’s family, it’s hard not to see the storm right now, or the storm that will eventually come as she gets older, but what is beautiful is Vera’s faith through it all.

We received a video text the other day of Vera laying in her hospital bed, singing, “Life is easy when you’re up on a mountain, but when things go wrong, you’re never alone.”  She’s holding on to the truth that Jesus is with her always, even in her suffering and even in the unknown..

What storm are you walking through right now? Are you feeling scared and overwhelmed by it? Don’t forget who is in the boat with you. The one who has divine authority over everything is always with you!

The best definition of faith that I have found is from Bible Study Fellowship, stating that “faith in God means giving up control and deliberately resting in the steady hand of the Almighty God.”

Sweet and feisty Vera is actively choosing to walk in faith by giving up control and deliberately resting in the steady hand of Almighty God.

Fear not, for I am with you; be not dismayed, for I am your God; I will strengthen you, I will help you, I will uphold you with my righteous right hand. Isaiah 41:10

God, thank you for never leaving us and always being in the boat with us.