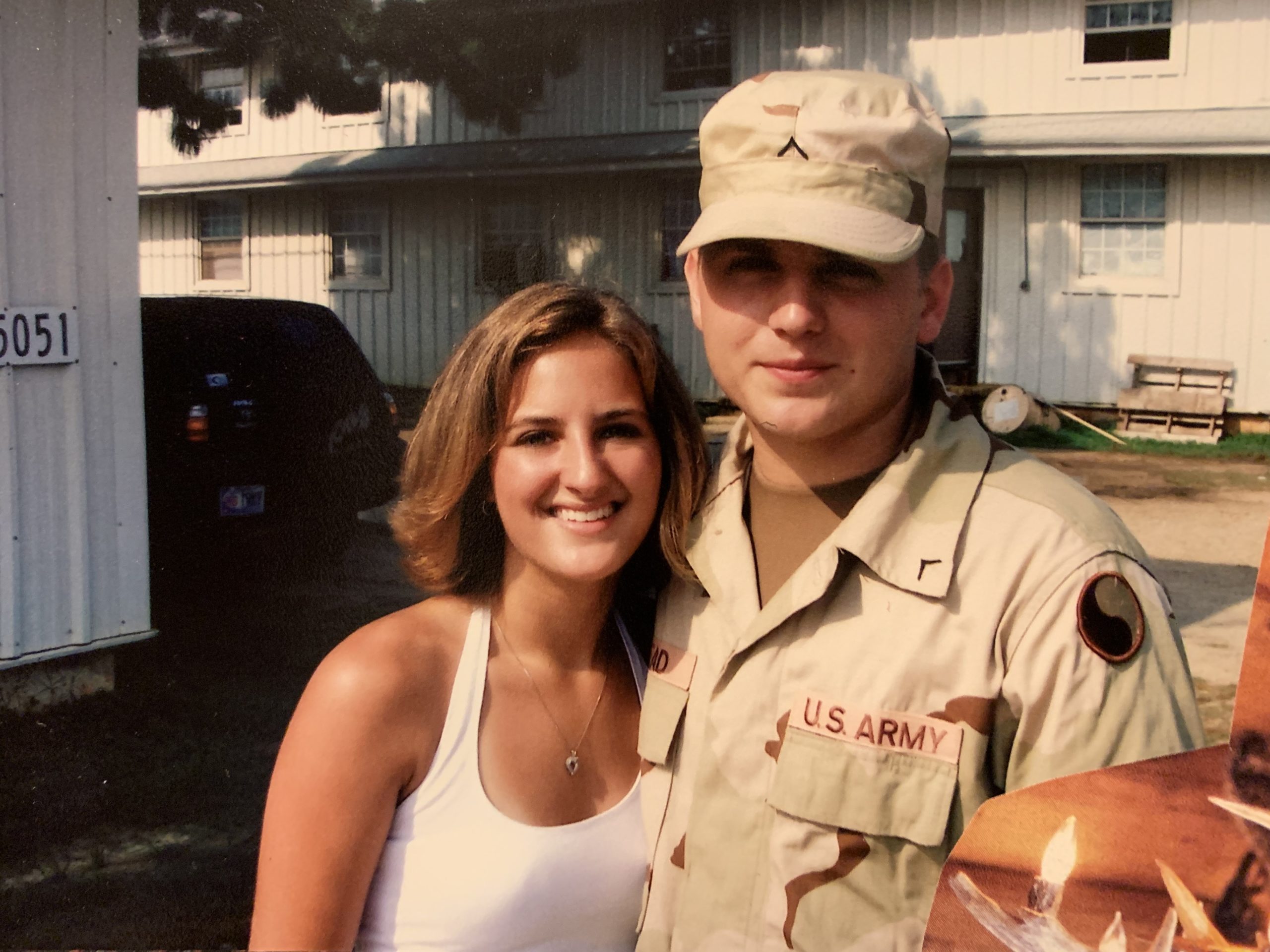 What is happening in Afghanistan right now is beyond tragic. There has been a heaviness in my soul over these last few days as I have seen stories unfold.  I do not want to minimize anything that the people of that country are going through right now, but with hearing and seeing so much of Afghanistan in the news right now, I thought I would share my experience with it from 17 years ago.

My first love, the love of my life would be going to war.

It had been a slow Saturday morning for me. I was still in my pajamas when I picked up the phone to call my boyfriend’s, now husband, parents to check in. We had been dating for about a year and a half at that time. Phillip had left for boot camp a few months before so I had made it a habit to call and see what they were up to every now and then. Phillip’s dad answered and made small talk for a minute, but then said, “Did you hear the news?” “No, what news?” We were leaving in a few days for Phillip’s boot camp graduation so I assumed it had to do with that.

“Phillip is being deployed to Afghanistan.”

My father-in-law is a wonderful man, but the bluntness of his statement sucked the air straight from my lungs. I think he gave a few more details, I really don’t remember. I hung up the phone and walked outside to my dad. He was talking with a neighbor, but all I had to say was, “Dad” and he knew. He rushed over to me and I collapsed.

Later, hours or days, I’m not sure, Phillip was able to call from boot camp and tell the news himself. Our world was rocked.

I was 17 and he was 18 and we had no real concept of war, but we were terrified.

In the weeks and months that followed, Phillip trained and prepared. He was able to come home for a week or so before he officially left. His parents had a goodbye party. It’s a funny thing – being immensely proud of someone and being immensely petrified of whether or not you will ever see them again. Every experience and moment you have together, you wonder if it will be the last. Will we ever go on a date again? Will we ever go hiking together again? Will we ever watch a sunset together again?

I was 17 and he was 18 and we had no real concept of war, but we were terrified.

I drove down to his base before he left because the leave date kept getting pushed back. We spent every possible moment together, but eventually the moment came when we had to say goodbye. We stood there, hugging, kissing, crying, internally begging God to see each other again one day. My body moved to the car and started driving because it had to but I was in a daze. I think the flow of tears from my weary eyes was continuous as I made the 5 hour trip home.

I was 17 and he was 18 and a fuzzy concept of war was starting to take shape, and we were terrified.

Over the next 12 months, the fuzzy concept of war became clear as we settled into fear and the unknown being our constant companion.

I started college and seemingly lived a normal “freshman in college” life but inside my head was far from normal. Every soldier lives in high alert mode, ready to spring to action at any given second. The life of a soldier’s loved one is much the same, only they are ready to receive “the notice” at any moment. My phone never left my side, my mind was never far from “the worst,” and my heart never was released from the ache.

I was now 18 and the concept of war was real, and I was terrified.

Phillip was now 19 and as IED’s exploded, helicopters crashed, and friends died, the reality of war was tragic.

Phillip was 20 and I was 19 when he came home. War was a reality that we would face again together in only two years, two weeks after we would marry. We would walk that road terrified again, but also hopeful because of the experience of Afghanistan. It was one of the most trying times of our life, but it also was one of the most enriching because we walked closer to Christ and to each other.

Every night, while Phillip was in Afghanistan and later Iraq, after I wrote my letter to him, I would pray Psalm 91, asking God to protect and care for Phillip. I also would ask Him to help me to trust in him as we continued to persevere through war.

Now, my heart breaks for Afghanistan. War and tragedy is their reality. I will pray Psalm 91 on behalf of the Afghani people and trust that God knows, God sees and that God will intervene in His perfect way even if it is not seen by us.

“If you say, “The LORD is my refuge,” and you make the Most High your dwelling, no harm will overtake you, no disaster will come near your tent. For He will command his angels concerning you to guard you in all your ways; they will lift you up in their hands, so that you will not strike your foot against a stone. You will tread on the lion and the cobra; you will trample the great lion and the serpent.” Psalm 91:9-13

Jesus, only you can bring healing to our world. Come swiftly.