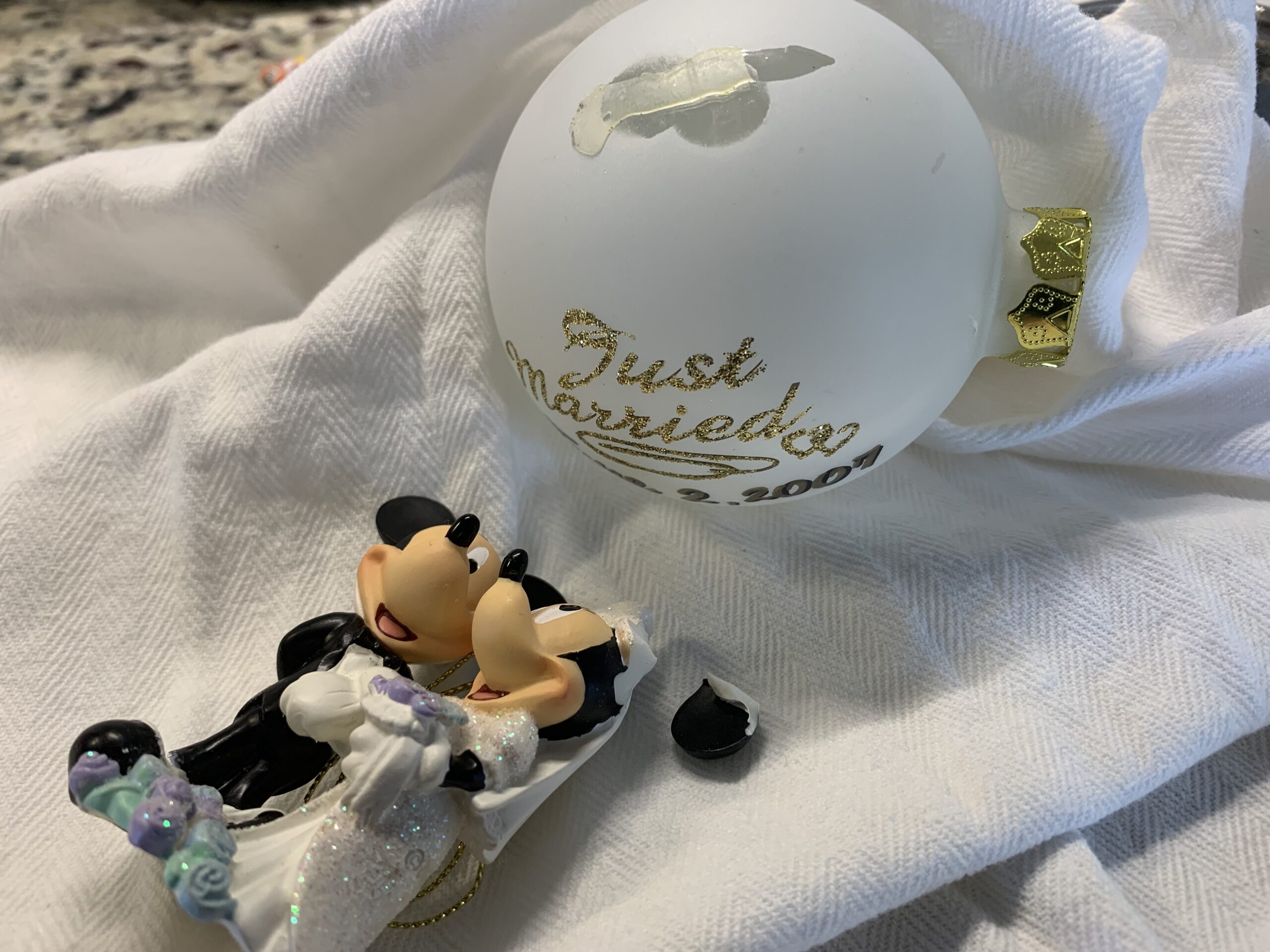 For days we had been trying to make time to put the ornaments on the Christmas tree, but because of various things, we had not been able to until Tuesday night.

For a moment all was well.

We were all together. Christmas music was playing. I was pouring glasses of egg nog with a spritz of whipped cream on top. The kids were happily placing the ornaments together and joyfully recalling what ornaments belong to who and why.

My soul felt like it took a big sigh of rest and contentment.

And then someone said a snarky comment, retaliated by another snarky comment. Voices were raised, fists were thrown, ornaments were broken, tears were streamed, and my moment of bliss passed and reality of life being lived with others was once again front and center.

Do you ever have moments like that? Where life seems to be going well and then bam, something happens and it crashes and burns?

My silly example seems minimal in light of the brokenness of the world, but it is a picture of life.

But in all of the seasons, there is a constant.

This year in Bible Study Fellowship, our study is called People of Promise: Kingdom Divided. It is the time in Israel’s history that the nation split into two separate kingdoms, Israel and Judah. Before studying this, I knew the general storyline of this section of scripture, but until this year, I had no idea how devastating this time period was.

Over and over, for hundreds of years, evil kings reigned and led their people to destruction. Idol worship and detestable living such as cannibalism, child sacrifices, worshiping gods of sex, and murder all took place on the daily.

Sometimes it has felt bleak as page after page, chapter after chapter says that one king after another “did evil in the eyes of the Lord.”

But, there is something else amidst those pages.

God, who is sovereign over all and has the power and authority to annihilate an unfaithful people, remains faithful to His covenant promise.

One day a Savior would come.

God’s promise of a Savior gave the faithful few hope as they lived in the world of brokenness.

And one night, hope pierced the brokenness of the world when a teen mom delivered a tiny baby, wrapped him in cloth and laid him in a trough meant for animal food or water.

Hope was realized in a form that no one expected.

Hope was realized that night in Bethlehem when Jesus was born. We have a Savior, who will give you eternal life if you believe in Him.

And hope is still yet to be fully realized as we wait for the second coming of Jesus.

Our lives may seem like a mess sometimes, but in the midst of the mess, hope remains, because Jesus remains.

God has remained faithful through the ages and He remains faithful now.

Thanks be to Him.

“Therefore the Lord himself will give you a sign: The virgin will conceive and give birth to a son, and will call him Immanuel.” Isaiah 7:14.

God, thank you for sending us your Son and for the hope that is found in Him.